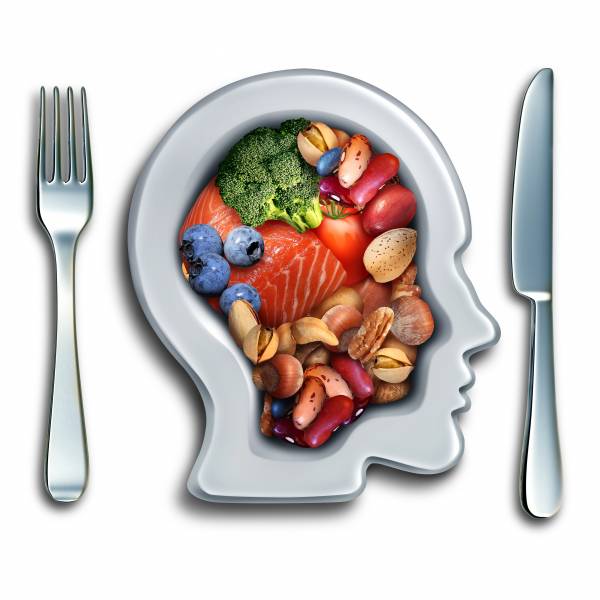 Healthy foods make healthy hearts and healthy brains. Keeping your brain healthy, is well, just plain smart, and that’s not to say that keeping your heart healthy isn’t smart too. The good news is that the same diets appear to work for both. Specific diets that seem to achieve both are the Mediterranean diet and the Dash Diet (otherwise known as the Dietary Approaches to Stop Hypertension). A hybrid of these two diets, called the MIND diet (Mediterranean-Dash Intervention for Neurodegenerative Delay), focuses on brain food specifically.

The Mediterranean diet is an eating and drinking lifestyle primarily practiced in countries that surround the Mediterranean Sea. It includes plenty of plant-based foods including fruits, vegetables, whole grains, legumes and nuts with smaller amounts of lean protein and olive oil rather than butter. Red meat would only be eaten a couple of times a month, whereas fish and poultry might be eaten a couple of times a week. A glass of red wine would typically be included most days.

The Dash Diet is an eating plan from the National Institutes of Health (NIH.gov) based on research which has been shown to reduce blood pressure. The DASH approach to eating includes lots of fruits, vegetables, whole grains, some nuts, lean protein and low-fat dairy products. It also limits saturated fat found in fatty meat, butter and tropical oils. It’s rich in nutrients like calcium, magnesium and potassium and low in sodium.

Both of these diets appear to be heart-healthy and good for your brain. They also have some foods and nutrients in common, leading researchers at Rush University Medical Center in Chicago, Illinois to create a hybrid of the two diets, known as the Mediterranean-DASH diet intervention for neurodegenerative delay (MIND). According to the Mayo Clinic, the MIND diet emphasizes these 10 brain-healthy foods:

It also recommends reduced consumption of these unhealthy foods:

According to the researchers at Rush University, the MIND diet slowed cognitive decline and appeared to lower Alzheimer’s risk by about 35 percent for people who followed it moderately well and up to 53 percent for those who adhered to it rigorously. That’s a big difference! And even those that made only modest improvements in their diet saw lower risk, which is supported by other research that suggests slower cognitive decline in people that eat at least two servings of vegetables per day.

According to Rush.edu, the specific smart food included in the MIND diet are at least three servings of whole grains, a salad and one other vegetable every day — along with a glass of wine. It also involves snacking most days on nuts and eating beans every other day or so, poultry and berries at least twice a week and fish at least once a week. Dieters must limit eating designated unhealthy foods, especially butter (less than 1 tablespoon a day), cheese, and fried or fast food (less than a serving a week for any of the three), to have a real shot at lowering risk and avoiding the devastating effects of Alzheimer’s, according to the study.

In addition to eating right to improve memory and taking vitamins for brain health, including at least 20 minutes of exercise daily is important. Remember, what’s good for your heart, is probably good for your brain too. For more information check out Alzheimersprevention.org.

Foods That Can Help Your Body Detox Naturally