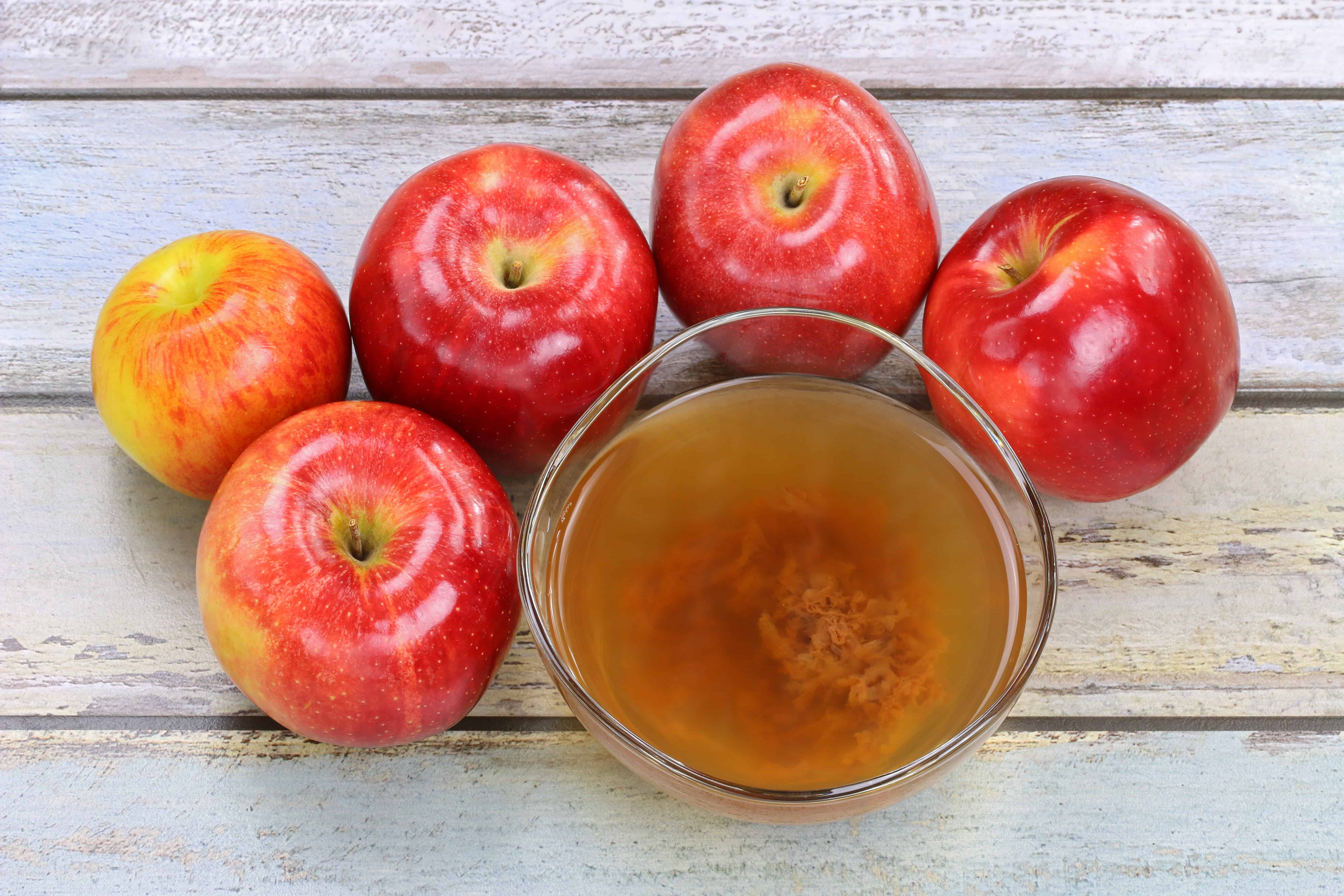 Apple cider vinegar is often touted as a cure-all, but is it all that it’s cracked up to be? Although you won’t find much scientific support for the apple cider vinegar detox diet, there may be some health benefits to adding a small amount of this fermented product to your diet.

What is Apple Cider Vinegar?

The clear apple cider that you see in the grocery stores has been filtered and pasteurized. The added health benefit of raw unfiltered apple cider is that you get the “mother” or live fermenting bacteria with the vinegar. But which is the best vinegar to use? Aside from the possible probiotic benefits of raw unfiltered vinegar, research suggests that some health benefits of vinegar are available with either product.

1. The Benefits of Apple Cider Vinegar on Diabetes

Multiple studies with both animals and humans suggest that consuming some apple cider vinegar with meals can help lower post-meal blood sugar.

Some research suggests acetic acid may act on your blood sugar metabolism by increasing enzymatic activity that makes cells more sensitive to insulin. Other research suggests that apple cider vinegar may stop the absorption of some starch. Either way, use caution when taking apple cider vinegar in addition to diabetes medications as it could potentially cause blood sugar to get too low. It’s always best to check with a physician or registered dietitian before changing up your diabetes regimen.

There are two possible reasons why nutrients appear to be absorbed more easily when you drink apple cider vinegar with your meals. First, drinking vinegar can make your stomach contents more acidic. Minerals such as calcium actually “dissolve” in an acidic environment, making them more absorbable. To understand this better, soak a cloth with some vinegar and place the wet cloth on some stubborn lime (calcium) spots on your kitchen sink. After about 30 minutes, you will notice the lime will often wipe right off. That’s how minerals “dissolve” in an acidic environment.

This is where drinking raw, unfiltered apple cider vinegar may have an even better effect. The “mother” is made up of acid producing bacteria. The increase of acid produced by the bacteria may help increase nutrient absorption all along your intestinal system.

Many people find that drinking a little raw, unfiltered apple cider vinegar in warm water, sometimes with a touch of honey, can get things moving along. The exact reason is not known – it could be due to a combination of factors including the passing of undigested starches, the prebiotic effects of the undigested starches, or even the beneficial acid-producing bacteria entering the colon. Either way, it seems to be a home remedy, or apple cider vinegar cure, and could be worth trying.

Although apple cider vinegar isn’t likely to be effective for large amounts of weight loss, some research suggests it can help a bit. This may be due to the starch-blocking power of the vinegar. If less starch is being broken down, that’s a few less calories entering the blood stream. Over time, that might have a subtle effect on weight loss. Research published in Japan revealed obese participants that consumed a small amount of apple cider vinegar (1 to 2 tablespoons daily) had a small reduction in weight, from 2.6 to 3.7 lbs. respectively, over a 12-week period. The apple cider vinegar also appeared to lower body fat and triglyceride levels slightly.

Although apple cider vinegar may not protect you from all types of food poisoning, there is some evidence that maintaining a more acidic stomach environment does offer some protection. This is the same reason that some medicine used for treating heartburn, which make the stomach less acidic, may increase the odds of getting ill from bad bacteria in food. In addition, the prebiotic and probiotic effects may help.

What is the Best Apple Cider Vinegar Dosage?

Drinking apple cider on an empty stomach may make some people nauseous. Most people find it more tolerable to drink during or after a meal. Also, don’t drink it straight, as it may cause a burning sensation in your esophagus or damage your tooth enamel. It’s best to mix it with water or juice for a tonic, or use it in recipes that aren’t cooked, such as a recipe for salad dressing.

Since your body goes to great lengths to maintain your pH level, drinking too much of anything acidic (or alkaline for that matter) may cause harm. It’s best to only use 1 to 2 tablespoons of apple cider vinegar daily, to reduce the chance of any unintended side effects.

Why Do We Sleep Less When We Age?

How to Take Your Workout on an Adventure PART 2: Trails or Park

The Health Benefits of Honey

Best Superfoods To Help You Look and Feel Better