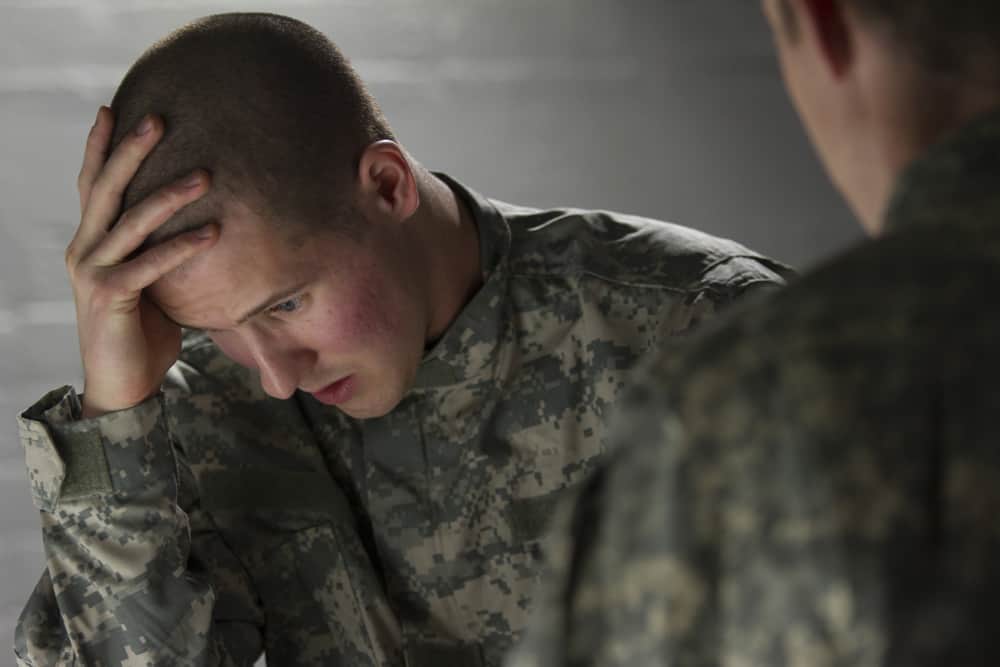 For more than a decade, beginning in 1980, I served as Chief Psychologist for the San Diego Police Department and consulted with numerous other law enforcement agencies around the country on preventing and managing stress. It was from that vantage point, behind the badge, that I was first introduced to the life-altering effects of PTSD on the mind and body. It was also then that I learned first-hand the beneficial impact of exercise and physical activity, on reducing the symptoms of post-traumatic stress disorder.

Now, decades later, exercise professionals are considered an essential part of the team helping those with PTSD, for good reason. Exercise improves many of the underlying direct and related symptoms of PTSD.

The National Center for PTSD tells us that post-traumatic stress disorder, a clinically diagnosed psychiatric condition, affects not just those who have served in the military, first responders or law enforcement, but approximately 7-8% of the entire American population. Some put the number of PTSD sufferers much higher, noting that 8% to 12% of all adults, and 13% to 31% of military veterans, suffer from PTSD at some point in their lives.

From experiencing a car accident, childhood abuse, an assault, rape, witnessing a crime, actual wartime combat or observing street violence, traumatic events witnessed or experienced first-hand, leave deep scars in the ability of the mind and body to function in a healthy manner.

The symptoms of PTSD include:

Add to this list a drinking and/or drug addiction, feeling helpless and hopeless, employment and relationship problems, suicidal thinking and behavior, high levels of cardiovascular disease, eating issues, weight-related concerns, hypertension, musculoskeletal pain, weakened immune functioning, and increased risk of cardiac disease and diabetes, and you’ve got pretty much the entire picture of what PTSD sufferers may go through.

Much later, in 1966 the Surgeon General’s Report on Physical Activity and Health reported, “Exercise helps depression, anxiety and stress.” Moderate to high intensity exercise that approaches 60% to 80% of age predicted max heart rate – and some report that even low to moderate intensity exercise (Cohen & Shamus 2009) releases endorphins such as serotonin and dopamine, the body’s “feel good” endorphins. It reduces cortisol, the stress-inducing hormone. Exercise improves restorative sleep as well. Furthermore, exercise lifts mood through boosting a sense of accomplishment, confidence, elevating hopefulness, and distraction from negative thoughts and improved cognitive functioning. Not bad for a 30 minute walk, huh?

Exercise has been described as a “stress buffer” and has been shown to be beneficial when included in a comprehensive approach to treating PTSD (Tsatsoulis & Fountoulakis 2006; Arnson & Amital, et al 2007; Manger & Motta, 2005; Newman & Motta, 2007). More research continues to demonstrate that exercise can improve the physical and mental health of PTSD patients.

In another study Whitworth and Cicolo (2016) found “regular exercise is inversely correlated with PTSD and its symptoms in military veterans.”

Given today’s headlines of mass shootings, violent eruptions on college campuses, workplace violence, and growing tension in the streets of America, the likelihood of witnessing or experiencing a traumatic stress resulting in PTSD appears to be on the increase for everyday folks as well as military and law enforcement.

Exercise is a superb response. Check with your physician to be sure there are no contraindications for you to lace up your sneakers and jump on your Total Gym at home, or hit the gym, boot camp, Yoga studio, and mindfulness-based stretching program, or just for a walk around your block. Just get moving to move PTSD symptoms out of your life.

How to Improve Your Squats on the Total Gym