Christie Brinkley was recently featured in Sports Illustrated Swimsuit: “50 Years of Beautiful” Special Event set to air Monday February 3rd on NBC at 9:00p.m./8:00 p.m. Central. The event is hosted by model, “Project Runway” star and former swimsuit cover model Heidi Klum. Other appearances besides Brinkley will include Tyra Banks, Marisa Miller, Kathy Ireland, Kate Upton and more. There will be musical performances by John Legend, Lady Antebellum, Enrique Iglesias, The Fray and Tim McGraw. The event will present viewers with the history of the magazine, show behind the scenes footage and photos of cover shoots and give back stories from some of the most popular swimsuit models around the globe. 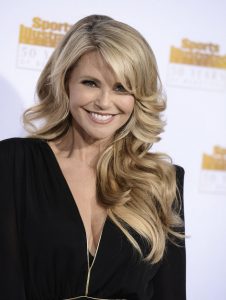 In the Total Gym video above, Christie begins by tells us a story about an experience she had leading up to tonight’s event. Air New Zealand had approached her to do a safety video alongside the Sports Illustrated Swimsuit girls. She first went to Sports Illustrated to pose for “The Legends Shot” which was models who have graced the cover of the iconic magazine. After the shoot, they insisted on Christie doing the commercial which would involve her putting on a swimsuit. She felt a little hesitant being that she was turning 60 soon. 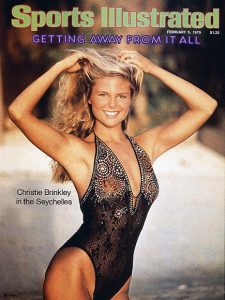 Christie accredits Sports Illustrated for being a huge part of her career. She says they launched her career by featuring her in bathing suits introducing her to the male population which was key in building her popularity. Brinkley says it seemed as if everything had come full circle with the two reuniting because they were turning 50 and Christie was turning 60. Having a positive attitude, Christie put on a white bikini and shot the commercial. She said “Thank you Total Gym” and was certainly glad she has put in all the hours she has using it keeping her body in phenomenal shape even at the age of 60.

We here at Total Gym would like to congratulate Christie on being honored in the Sports Illustrated Swimsuit “50 Years of Beautiful.” We’re happy we could help be a part of her amazing modeling career that has her looking better than ever. Christie’s positive attitude and dedication proves you can achieve phenomenal health no matter how old you are. Christie Brinkley proves that age is simply just a number! 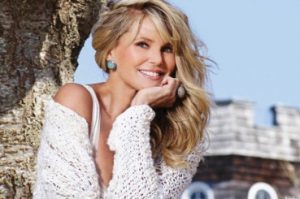 10 Habits for a Healthy Lifestyle

What is Gout and Who is Affected By It

Sneak Thousands of Strides Into Your Day

Spring into a Strength Circuit