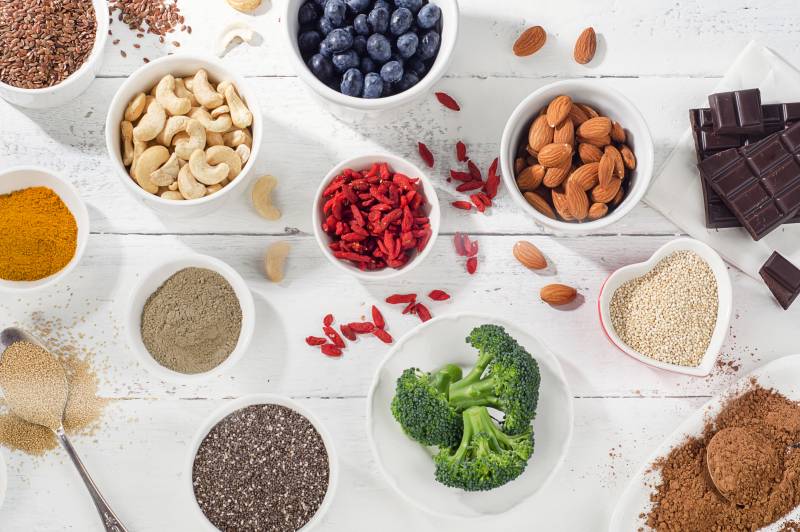 The ache that comes with suffering from joint pain is well known to those of us who suffer from arthritis. What is arthritis anyway, you may be wondering? The word comes from our old friend, “-itis” which basically just means inflammation. And“arth-”refers to anything having to do with our joints.  So when you suffer from arthritis you suffer from inflammation of your joints. The causes of arthritis can be many. The most common cause is known as osteoarthritis, which often involves the joints you use the most such as your hips, knees, shoulders and hands. The other types of arthritis, such as rheumatoid arthritis often involve the joints of the hands and wrists. This type of arthritis is often due to autoimmune processes whereby your body turns against itself and begins to attack your joints causing erosion of the joints, swelling, pain and loss of function.

There is another type of arthritis that is in a class known as“gout”that can be caused by the settling of certain types of substances in your joints called uric acid. Uric acid comes from purines, which are the natural breakdown products of the genetic material that is contained within our cells called RNA and DNA. Some foods contain large amounts of purines, especially red meats and organ meats (such as liver and kidneys), as well as some shellfish, anchovies and alcohol. Purines are broken down to uric acid in the body. Uric acid at normal levels is dissolved in the blood and is processed through the kidneys, leaving the body through the urine as waste. However, if uric acid levels are too high to be processed, the acid may form into crystals, which settle into the joint and cause significant pain and joint destruction. The amount of uric acid in your blood changes depending on what you eat and drink, how hydrated or dehydrated you are, your overall health, how much alcohol you drink, and the medicines you are taking. It can change in response to a sudden illness. Dehydration can make your uric acid levels rise even higher than they already are. Drinking water will help your body stabilize uric acid to a normal level. Foods that are high in purines (some seafood, organ meats like liver, and fatty foods) can increase the uric acid in your blood even more, as well as fructose-sweetened drinks and alcohol — especially beer.

There is quite a bit of controversy over whether certain plants known as nightshade vegetables cause or cure joint inflammation. Nightshade vegetables include tomatoes, peppers, white potatoes, eggplants and tobacco. Much of the information surrounding these vegetables discusses the ability of the body to metabolize an alkaloid called solanine found in most nightshade vegetables. The National Institutes of Health (NIH) recognizes solanine as poisonous when ingested by someone eating green potatoes or potato sprouts. However, the NIH also states that potatoes that are not green and have not sprouted are safe to eat. On the other side of the controversy, the Arthritis Foundation’s publication, Arthritis Today, states that people who suffer from arthritis may benefit from nightshade vegetables. According to the article, by eating tomatoes, which contain lutein, people were less likely to have osteoarthritis.

With the rise in awareness of celiac disease, many people are focusing on the effects of gluten on the body. Many diets restrict foods containing gluten for a multitude of reasons that may have to do with inflammation. Although experts are unsure why, joint pain can be a symptom of celiac disease.

Another potential culprit that may aggravate arthritis is the group of foods known as citrus foods. This class of foods such as oranges may cause inflammation because of their acidity and its effects on your body’s acid-base balance. According to the Physicians Committee for Responsible Medicine, many people notice an improvement in their joint pains when they remove citrus foods from their diet.

Here are a few more specific recommendations about ways to keep inflammation down, and help your joints do the best job possible in moving your body. The general principles of a gout diet are essentially the same as recommendations for a balanced, healthy diet.

Recommendations for a balanced, healthy diet

Water. Keep yourself hydrated by drinking water. An increase in water consumption has been linked to fewer gout attacks. Aim for eight to 16 glasses of fluids a day with at least half of that as water. A glass is 8 ounces (237 milliliters). Talk to your doctor about appropriate fluid intake goals for you.

Proteins. Limit daily proteins from lean meat, fish and poultry to 4 to 6 ounces (113 to 170 grams). Add protein to your diet with low-fat or fat-free dairy products, such as low-fat yogurt or skim milk, which are associated with reduced uric acid levels.

Recommendations for specific foods or supplements

Organ and glandular meats. Avoid meats such as liver, kidney and sweetbreads, which have high purine levels and contribute to high blood levels of uric acid.

Select seafood. Avoid the following types of seafood, which are higher in purine than others: anchovies, herring, sardines, mussels, scallops, trout, haddock, mackerel and tuna.

Alcohol. The metabolism of alcohol in your body is thought to increase uric acid production, and alcohol contributes to dehydration. Beer is associated with an increased risk of gout and recurring attacks, as are distilled liquors to some extent. The effect of wine is not as well-understood. If you drink alcohol, talk to your doctor about what is appropriate for you.

Vitamin C. Vitamin C may help lower uric acid levels. Talk to your doctor about whether a 500-milligram vitamin C supplement fits into your diet and medication plan.

Coffee. Some research suggests that moderate coffee consumption may be associated with a reduced risk of gout, particularly with regular caffeinated coffee. Drinking coffee may not be appropriate for other medical conditions. Talk to your doctor about how much coffee is right for you.

Cherries. There is some evidence that eating cherries is associated with a reduced risk of gout attacks.

The above list is just a few of the many ways to address the issue of arthritis and the pain you may experience as a result. Just remember to always drink plenty of water to keep your body running smoothly and check in with your doctor if your joint pains are severe or rapidly worsening.

Until next time, here’s to the best of your health!!

What’s the Real Age of Your Muscles?

3 Ways to Take Your Push-Ups to the Next Level

Shape It Up! Diet & Exercise Plan For A Summer Beach Body

Sensory Wellness, Improve Your Meditations with Your Sense of Smell

Follow Your Nose, Essential Oils that Can Motivate Your Mood and Help Your Workout