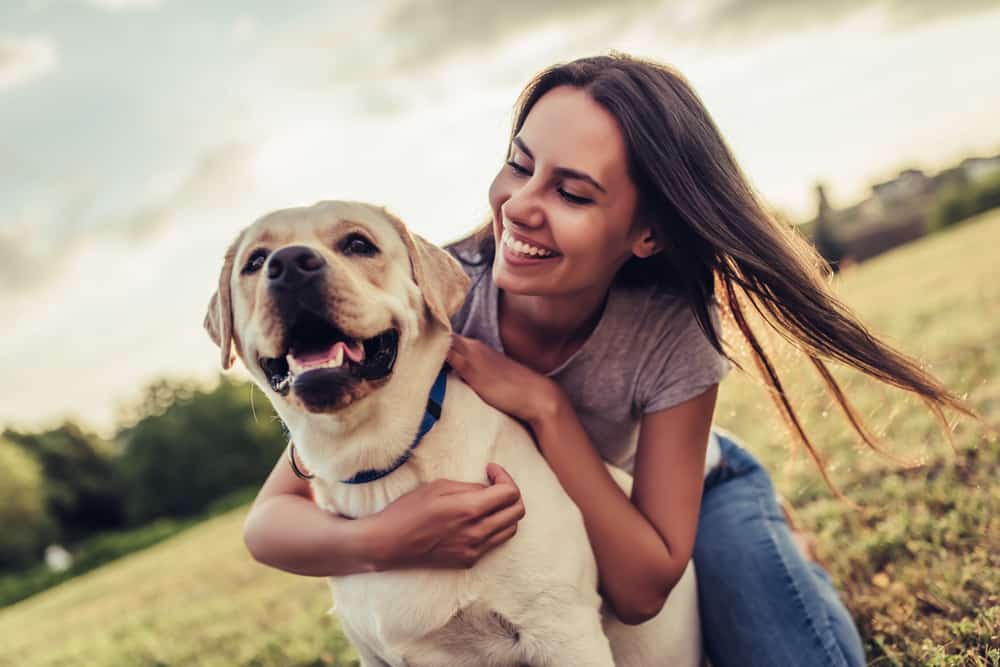 I recall a poster in the halls of the American Council on Exercise showing an individual walking her dog – or was it the other way around? The line on the poster said, “Think of your dog as your trainer with hair.”

Let’s not forget that pets enjoy the love they receive from their owners too. According to a Harris poll in 2015, 95% of pet owners see their pets as members of the family. In fact, half of pet owners buy their four legged friends birthday presents for all of the health they bring the family. Much of the health benefits come from all of the extra physical activity that playing with, walking, and petting their best friends bring.

Benefits of owning a pet

It’s been reported that dog owners are about four times more likely than other people to meet today’s physical activity guidelines, according to a large-scale new study of dogs and exercise. The study, which involved hundreds of British households, suggests that having a dog can strongly influence how much people exercise. Dog owners spent close to 300 minutes each week walking with their dogs, about 200 more minutes of walking than people without dogs.

The Journal of Activity and Health reported in an article that dog owners are 54% more likely to meet the suggested guideless for physical activity levels, compared to non-owners. And Loyola University Chicago researchers reported that pet therapy has played a significant role in reducing pain following joint replacement surgery, requiring less pain medication.

Before we go into this too far, health through pets doesn’t only mean dogs. Owning and caring for rabbits, crickets, horses, and fish, have all been studied and have been found to offer physical and mental benefit. Research supports the belief that pets provide unconditional support and help to ease feelings of anxiety, depression and loneliness. One British researcher on the topic, Dr. Helen Louise Brooks, from the University of Liverpool in the United Kingdom, who published her findings in the journal BMC Psychiatry, noted "Pets provided acceptance without judgment, giving unconditional support, which [participants] were often not receiving from other family or social relationships.” This means pets force owners to stay connected with the outside world and engage in physical activity while doing so.

We know how important smiling is to our health. It is very hard to see a cute dog or cat, pig, rabbit or gerbil and not want to smile. Petting an animal has been shown to be relaxing and calming. A psychiatrist at the University of Pennsylvania measured this and found that a person’s blood pressure lowered, muscles relaxed, and heart rate slowed down. He concluded that stress levels were reduced by petting an animal due to its calming effect.

Additionally, psychologists at Miami University and Saint Louis University conducted three experiments on the benefits of pet ownership and the American Psychological Association published the results. These findings demonstrated that owning a pet led to the following:

Enjoy biking, camping, jogging, swimming or hiking? Why not use these as opportunities to have fun with your dog? You can buy one of those attachments that attach your dog to your bike that’ll prevent her/him from running too close behind and getting hurt. Many pet shops sell real “pup tents” for camping. If it’s jogging, check with your vet before starting, and consider one of those hands-free leashes you can secure around your waist while jogging. Low impact exercise that aquatic fitness brings for you is also wonderful for your pet and works many of the same muscles. You both benefit from these activities.

The University of Liverpool investigation on dog ownership and exercise reported in Scientific Reports by Dr. Carri Westgarth and others, found that dog owners spent slightly more time than other people jogging, cycling and visiting the gym solo, without their dogs. It’s clear that walking your dog does not stop you from engaging in other physical activities.

By the way, these scientists also found that children in families who own pets walked for about 100 minutes each week and played with their pets for another 200 minutes, leading to far more physical activity than those children have in homes without pets.

Dr. Westgarth observed, “A dog is not a tool just to make us more physically active.” Have the time and money to be responsible for caring for a dog? The return to your health, in terms of emotional support, well-being and motivation for physical activity are enough to bow-wow about!

Fighting Allergies and Asthma with Exercise

Health, Fitness and Happiness Blogs You Should Be Reading in 2015

How to Deal with Seasonal Allergies