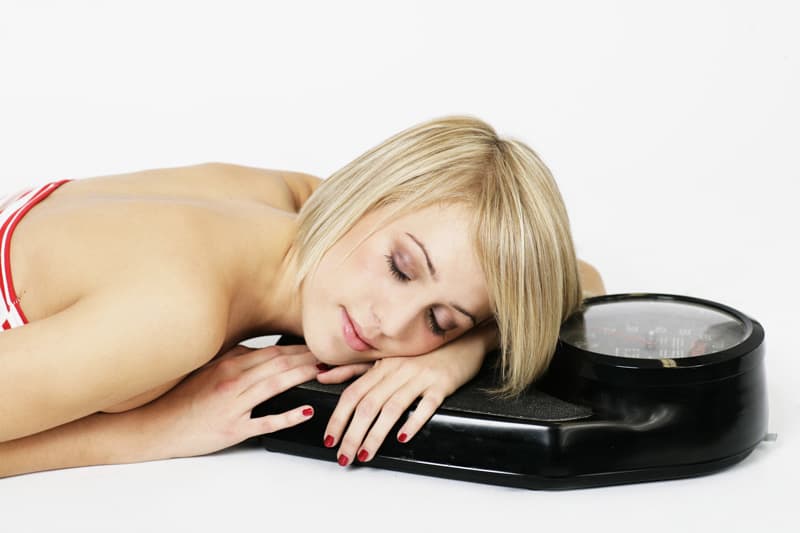 How Sleep Impacts Your Weight:

We all need a good night’s sleep but we may not fully know how truly ESSENTIAL good sleep is for our overall health and well being. When we sleep well, we feel refreshed, energized, and ready to take on the world. When we don’t, we feel fatigued, sluggish, and irritable. Adequate sleep restores us physically, mentally, and emotionally. It facilitates learning, helps us concentrate and retain information, and gives our bodies the opportunity to recharge and regenerate.

According to the National Sleep Foundation, adults should get between seven and nine hours of sleep each night, yet the average American adult sleeps just six hours and 30 minutes per night during the workweek. In a 2006 consensus report, the Institute of Medicine (IOM) estimated that 50 to 70 million Americans suffer from sleep disorders that compromise their quality of life, and adversely affect their health.

In addition to the negative effects of sleep deprivation on overall health, several studies have indicated that both insufficient sleep (less than five or six hours) and excessive sleep (more than nine or 10 hours) are associated with weight gain. In a study by Karine Spiegel out of the University of Chicago, 11 subjects were studied who got less than four hours of sleep each night. After five nights, the men’s ability to clear glucose from the blood was impaired due to a decrease in the body’ production of insulin. The levels of insulin were reduced by 40% while the amount of ghrelin, an appetite stimulating hormone, jumped by 28%. Leptin, a hormone that signals to the brain that the stomach is full, was decreased by 18%.

Sleep deprivation studies have shown that sleep loss can cause an increase in the ratio of ghrelin to leptin, enhancing appetite and, specifically, increasing cravings for carbohydrate foods. A large majority of studies have found that sleep restriction leads to increased caloric consumption (greater than 250 kcal/day).  A recent study from the Mayo Clinic showed that healthy young adults whose sleep was shortened by about one-third ate more than 500 extra calories per day compared with controls, while their leptin levels increased and ghrelin levels slightly decreased.

Since then, almost 100 studies have confirmed that reduced sleep leads to weight gain. In fact, in several of the studies, children from age 6-9 who got less than 10 hours of sleep at night were two and half times more likely to be obese. There is a 50% increase in obesity among those who get less than 6 hours of sleep at night. Further evidence shows that sleep duration, sleep quality, and the timing of sleep may affect the 24-hour patterns of hormone production, including insulin, cortisol, glucagon, catecholamine, growth hormone (GH), leptin, and ghrelin.

What Happens When You Get Insufficient Sleep

• Triggers the release of adrenaline, cortisol, and other stress hormones, leading to an increased risk of cardiovascular disease

• Reduces the immune response to infection by reducing cytokine production

• Changes the ratios of leptin and ghrelin production, leading to the overconsumption of carbohydrate and high-calorie foods, and weight gain

Get Better Sleep With This Checklist

• Exercise early in the day for 30 to 60 minutes on most days of the week.

• Limit eating and drinking to small quantities before bedtime.

• Discuss with your doctor or pharmacist alternatives to medicines that interfere with sleep.

• Get 30 minutes of sunlight exposure, preferably in the morning hours, most days of the week.

• Avoid watching TV or sitting in front of a computer for over one hour before bedtime.

• Don’t lie awake in bed for more than 20 minutes. If you can’t sleep, get up and do something relaxing such as reading a book until you feel sleepy again.

• See your family doctor or a sleep specialist if you continually feel sleepy during the day despite sleeping enough hours at night, consistently need more than 30 minutes to fall asleep at night, snore loudly or frequently, or awaken frequently or for long periods most nights of the week.

Always remember the power of deep, restorative sleep. The benefits go way beyond enjoying the land of dreams.

Until next time, sleep well. And enjoy the benefits of good health.