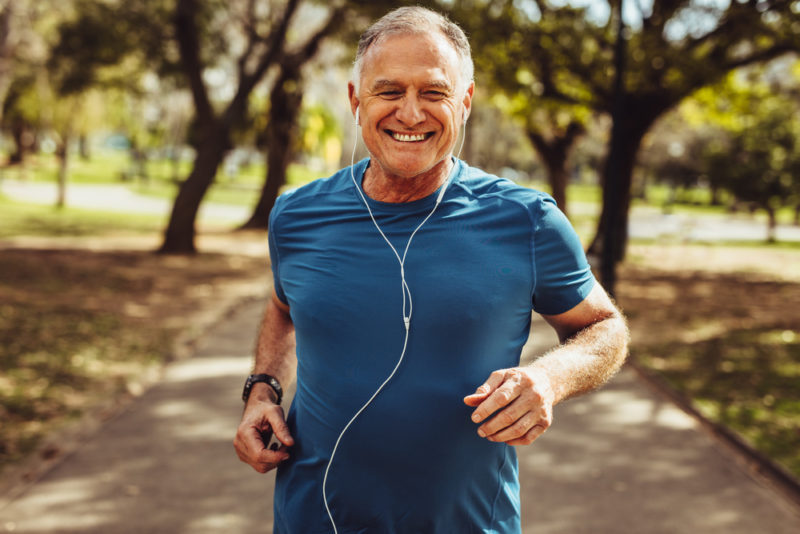 Learning how to make something a habit, repeatedly doing something that becomes a habit, like exercise, and making it a lifestyle activity that you enjoy, must be pretty popular!

When you look at the millions of articles on the topic you’ll be able to curate a list that runs longer than a roll of Charmin Ultra Soft.

You’ve probably heard advice such as - make a firm commitment, take on something small you can stick to, renew your commitment daily and hourly, be fully aware and cognizant of the benefits of overcoming, reward yourself at regular intervals, adjust and commit to a routine, break the bad habits, celebrate all accomplishments, big and small, create willpower, pick a goal, don’t miss a day and never two days, make it easy, focus on fundamentals, embrace the process, know your “why,” and create a micro habit…well, you get it.

Seven Forces Necessary to Stick with a Plan

So let’s talk about making exercise an enjoyable habit, not simply a habit. Sean D. Young, Ph.D. in his recent “Stick with It,” identifies 7 scientifically proven forces necessary to stick with a plan and make it enjoyable. These forces actually create the emotional, chemical and neurological changes necessary to push you forward to the goals you choose.

The forces that may help you create a lifestyle of enjoyable exercising are:

Create tiny steps towards increasing your activity. My mantra is “be active, not too much, nearly everyday.” The key is finding the right first step. And it doesn’t matter what it is. We are hardwired to choose simple, immediate, gratification over long-term benefits.

Ahh, the power of friends, familiar faces in the gym, folks that you see that make the activity socially supportive.

Make activity, exercise, a gift, a “get to,” not a “have to” or chore. The more meaning you give to your exercise, the more likely you’ll find it a habit you enjoy. In her recent book, “No Sweat: How the Simple Science of Motivation Can Bring You a Lifetime of Fitness,” Michelle Segar, Ph.D. reported that “health” and “weight loss” are not especially motivating for people as much as more immediate and emotional rewards such as well-being for creating the habit of exercise.

Not just easy, but really easy, the kind of easy that you barely have to think about while you do it. Keeping your gym clothes at the side of your bed so you don’t think about putting the on in the morning is an example. By controlling your environment, limiting your choices and creating a roadmap – a “what will I do when?” pathway, you’ll be creating exercise routines that you enjoy – and stick to them. Adding five minutes to activity helps you build realization that you can do more.

How can you create an action that your mind will follow? Do you keep your Total Gym down in a basement or in your bedroom? Get it? You aren’t talking your way into enjoying exercise, you are acting on those things you actually find enjoyable. And again, it doesn’t matter what the activity is…it’s activity that matters. Find opportunities to move throughout the day can be surprisingly fun – it all counts.

If it’s a rewardable game, like so much social media that keeps us stuck on it, you’re likely to find enjoyable and stickability. The more “captivating” the reward, the more stick.

No, not ingrained, but engrained. Repetition helps your brain use the least amount of effort, become as efficient as possible and rely on its ancient wiring to become engrained. When it’s engrained, it’s easier and more enjoyable to DO exercise, than NOT to exercise.

I’ve described this process before and its worth repeating because by far I’ve found this to be the most valuable tool in creating enjoyable habits that stick: Think backwards from the future, not think forwards to the future.

Let me give you an example:

I imagine myself on the cover of “Enjoyable Exercise” Magazine. I imagine it’s one year from today. I imagine a reporter from this invented magazine calls and says, “Hey Michael, a year ago, you weren’t working out at all and now you are a daily workout guy, fully enjoying your exercise. How’d you do it? We want to put you on the cover of our magazine!” I imagine telling him all of the tiny, easy steps I took over the imagined past year to arrive at my sustained and enjoyable daily workout habit. I tell him about the 7 forces I employed that I described above, the community I used, the reward games I used, and how I built in unfailing repetition.

Then I use those steps as my going forward plan to create and sustain my enjoyable exercise habit. It works…

These Foods Are High In Omega-3s, An Essential Fatty Acid For Optimal Health

How To Fall Back In Love With The Gym

Everything You Need to Know About Coconut Oil