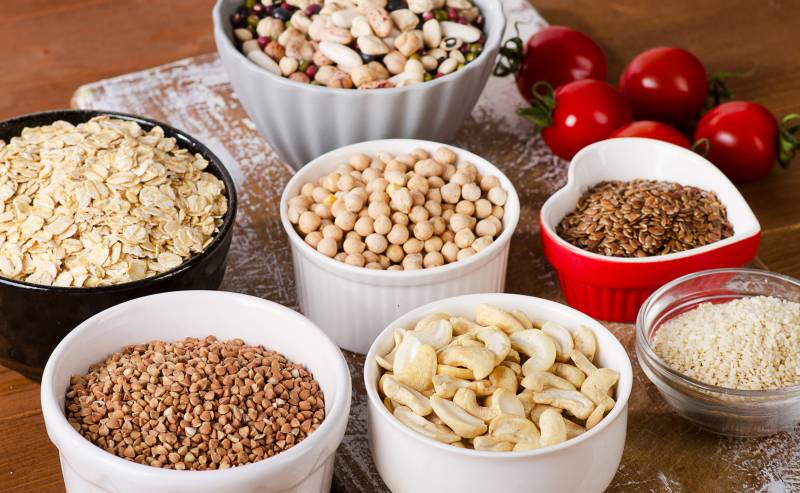 Copper is an essential trace element (also known as a micronutrient) that is required for plant, animal, and human health. It cannot be produced within your body and therefore needs to be consumed in your diet or supplemented. It is the third most prevalent mineral in the body and is mostly carried by the blood plasma protein called ceruloplasmin. In order to enjoy the health benefits of copper, it must be included in a daily diet, as it is used up in daily bodily processes. Copper is incorporated into a variety of proteins and as well as a variety of enzymes which perform essential metabolic functions. The metallic micronutrient is necessary for the proper growth, development, and maintenance of your bone, brain, heart, and many other body organs, including your connective tissues.

Copper is involved in the formation of red blood cells, the absorption and utilization of iron, as well as the metabolism of cholesterol and glucose by your body. These enzymes in turn produce cellular energy and regulate nerve transmission, blood clotting, and oxygen transport.  Copper can also help to stimulate your immune system to help your body to fight infection, to repair injured tissues, and to promote healing. Copper also helps to neutralize “free-radicals”, which can cause severe damage to cells.

Health benefits of copper was first discovered in 1928, when it was demonstrated that rats fed a copper-deficient milk diet were unable to produce sufficient red blood cells. The anemia was corrected by the addition of copper-containing ash from vegetable or animal sources.  As an essential trace element, daily dietary requirements for copper have been recommended by a number of governmental agencies. The actual recommended daily allowance has been debated but it is generally recommended that we consume about 900-1300 mg a day.

Several other benefits of the appropriate amount of copper in your diet include:

Because copper is an essential trace mineral that cannot be formed by the human body, it must be ingested from dietary sources. Foods contribute virtually all of the copper consumed by humans. The best dietary sources include shellfish, organ meats such as liver, whole grains, legumes, beans and even chocolate!

Nuts are especially rich in copper, as are grains such as wheat and rye, and several fruits including lemons and raisins. Other food sources that contain copper include cereals, potatoes, peas, some dark green leafy vegetables such as kale, and fruits such as coconuts, papayas and apples. Eating a balanced diet with a range of foods from different food groups is the best way to avoid copper deficiency. As a natural element in the earth’s crust, copper exists in most of the world’s surface water and groundwater, although the actual concentration of copper in natural waters varies geographically. Drinking water can comprise up to 20-25% of dietary copper. In many regions of the world, copper tubing that transports drinking water can be a source of copper. Copper tubes can leech a small amount of copper, particularly in their first year or two of service. Afterwards, a protective surface usually forms on the inside of copper tubes that retards leeching.

Copper supplements can prevent copper deficiency, but supplements should be taken only under a doctor’s supervision. Supplementation is generally not recommended for healthy adults who consume a well-balanced diet, which includes a wide range of foods. However, supplementation under the care of a physician may be necessary for premature infants or those with low birth weight, infants fed unfortified formula or cow’s milk during the first year of life, and malnourished young children.

Physicians may consider copper supplementation for

Many popular vitamin supplements include copper as small inorganic molecules such as cupric oxide. These supplements can result in excess free copper in the brain as the copper can cross the blood-brain barrier directly. Too much copper in your body has consequences as well. The best advice is to eat a healthy balanced diet. If you are concerned that you may be deficient in copper, blood tests can help to sort this out, but always check with your doctor before deciding to supplement copper into your diet. Just understanding the important role of copper in your diet is an essential part of maintaining the best of your health!

Until next time, here’s to your best YOU!!

How to Make a Healthy Casserole

Everything You Need To Know About The Best Nut Butters