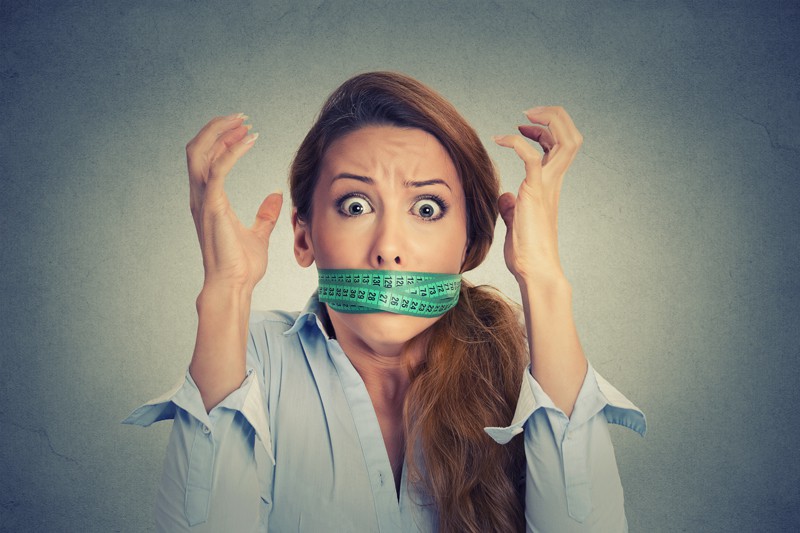 According to the National Institute of Health, about two-thirds of adults over the age of 20, and one-third of children 6-9 years of age, are overweight. Worse yet, the trend seems to be increasing, and there doesn’t seem to be one simple cause, but many.

A lack of exercise built into our daily routines is certainly a part of the problem. Penn State researchers note that Americans only participate in exercise around 2 hours per week, which is half of the recommended 4-hour minimum. We also spend too much time in front of screens. Exercise aside, Americans are overeating for a variety of reasons. If you’re someone who can’t stop eating, or find yourself overeating even after working out, it may be more than just a lack of will power.

Here are 5 reasons, some surprising, that we tend to overeat:

Sometimes food cravings hit when you are at your weakest point emotionally. Eating for comfort could be due to stress, depression, grief or even fatigue. Whatever the reason, emotional eating can quickly sabotage your weight loss efforts, which may lead to feelings of guilt, perpetuating the cycle further. The first step to stopping this vicious cycle is learning to be mindful of your eating. Ask yourself if you really feel physically hungry, and if not, try to find an activity that will get your mind off of eating. Take your dog for a walk, head to the gym, or even start reading a good book. Using a food diary to jot down hunger, fullness, mood and thoughts before and after eating can help you clue into your reasons for eating. Keeping those hard-to-resist comfort foods out of the house is important too.

Sleeps rejuvenates the body and mind, and lack of sleep causes people to overeat and gain weight. Studies (link to: sleepfoundation.org) show that one week of only sleeping 4 hours per day causes young, healthy adults to have insulin and glucose symptoms similar to diabetics. Lack of sleep also decreases leptin levels and increases ghrelin levels, leading to excessive hunger and overeating. Even sleeping abnormal hours, similar to shift workers, slows down metabolism and increases the risk of heart attacks, diabetes and obesity. So it’s important to get to bed at a reasonable time and get the recommended 8-9 hours of sleep nightly. Early to bed and (not too) early to rise also helps keep you from overeating at night.

Although research shows that getting married is actually good for your health, a European study has shown that although married people tend to eat healthier, they also tend to be less active and weigh more. Research in the US shows similar findings. But don’t throw out your marriage, or hopes for marriage, just yet. Rather than plan your activities together around food, such as dining out or going out for ice cream, plan your special time around activities such as walks, going to the beach or even attending a play. This will help both you and your partner maintain a healthy weight. Don’t mimic your partner’s eating behaviors either; eat according to your needs only. Small changes in behavior can help you gain the healthy aspects of marriage while avoiding the typical marriage weight gain.

The gut microbiome is being blamed for a whole host of woes these days. But does the science actually support the connection to weight? Yes. According to the National Institutes of Health, an increase in unfavorable bacteria in our stomach can be connected to metabolic syndrome, defined as having 3 of the 5 following conditions:

Interesting research has also shown that transplanting the stomach bacteria of a thin person into an obese person typically causes the obese person to lose weight. But before you go to such extremes, simpler ways to increase the proportion of good bacteria in your gut include eating more fermented foods like kefir, kombucha, yogurt, kimchi or probiotics, as well as eating a high-fiber diet that includes fermentable fibers found in onions, wheat, bananas and chicory root. This will help feed the beneficial bacteria. Eating a diet rich in whole foods and less processed foods also leads to more diverse gut bacteria and better overall health.

Also known as B.E.D., binge eating disorder is a real medical condition and the most common eating disorder in America. Binge eating disorder is defined as a compulsive eating disorder where you frequently consume large amounts of food and feel unable to stop eating even though you may be uncomfortably full. Diagnostic criterion include binging at least once per week for at least 3 months, and may include eating very fast, hiding your binge episodes and experiencing remorse or disgust with your binging. Scientists are not sure what causes B.E.D. yet think it may be linked to brain chemicals since it often coincides with depression, bipolar disorder or anxiety. It’s also more common among women and in those with a history of long-term dieting. If you think you may have B.E.D., talk to your doctor or mental health practitioner right away. B.E.D. doesn’t usually get better by itself. Treatment often includes a team approach including medical doctors, mental health practitioners, and dietitians. Vyvanse is one of the first FDA approved drugs for B.E.D. and has shown great promise, but may also have side effects. If you feel like you just can’t stop eating, talking to your doctor can be the first step towards getting better.

Besides these 5 reasons for overeating, keep in mind that small changes can make a big difference in your weight loss efforts. Simple things such as training yourself not to go back for seconds, eliminating sugared beverages and stopping your food consumption after a reasonable time such as 7 p.m. can help most people lose weight, or at least stop gaining weight.

In Season vegetables & their health benefits

How to Make the Perfect Hard-Boiled Egg