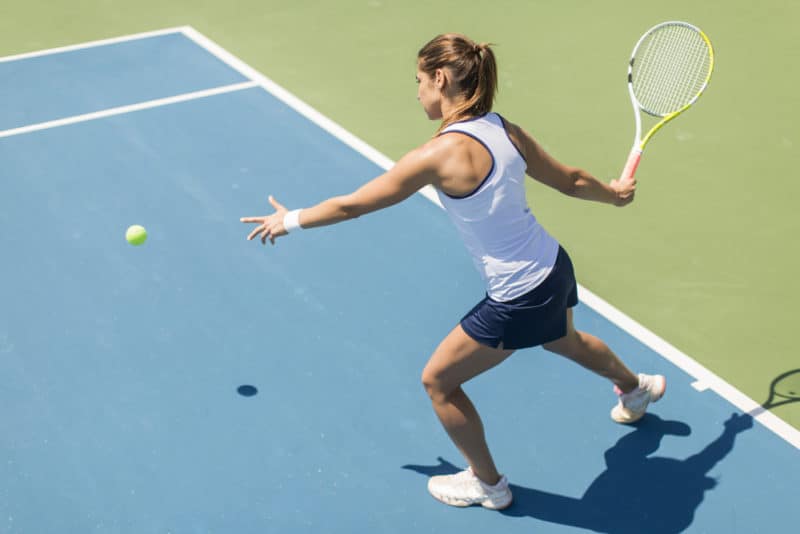 Increase Strength and Conditioning to Elevate Your Game

The US Open tennis tournament is around the corner and which means the hardcourt tennis season is officially here. Given the season takes place during the summer time this means high temperatures and challenging conditions. For some who may compete in tournaments and league play being physically prepared can really pay off especially when matches are close and lengthy. I have watched numerous tennis matches over the years from recreation to professional levels and several times the fitter player came out on top. Tennis is a physically and mentally demanding sport and the healthier and stronger you feel off the court can really translate to your confidence on it.

The reason I like utilizing the Total Gym for tennis is that the machine allows for low weight bearing exercises which is very beneficial when spending time on the hardcourts. The body can really start to feel the effects of this surface over time so it is important to train and maintain solid body strength to keep playing for years to come. Let’s take a look at some specific exercises on the Total Gym to keep our bodies strong and healthy for that next three set tiebreaker close match.

Roll Up with Dynamic Stretch

Time to Cool Down

Was this Total Gym tennis post helpful for your game? Send us a photo or email, we would love to hear from you!

Cara Beltran, CPT, is a NCCPT certified trainer, GRAVITYTrainer, and tennis teaching professional. She completed her undergraduate degree from the University of California at Berkeley where she competed on the women’s tennis team throughout college. Her fitness experience has also included working as the Education and Training Coordinator for Total Gym Global Corporation. Cara currently works as a GRAVITYTrainer for the YMCA of San Diego, where she enjoys teaching classes and encouraging her students to reach their strength and fitness goals. She enjoys inspiring those around her to stay active and be the best that they can be.

Post-Holidays Workout Plan: Why Ladder Sets Will Get You Back to Feeling Fit