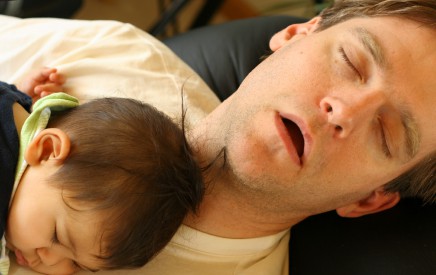 During your Thanksgiving holiday, when you are having some well-deserved time off and some quality time with your family, those who enjoy eating turkey as much as I do, will undoubtedly be eating the ever-popular amino acid tryptophan.

Tryptophan is needed for normal growth in infants and for nitrogen balance in adults. It is an essential amino acid, which is used by our bodies to make important proteins and other chemical structures. Being “essential” means your body cannot produce it; you must take it in through your diet. Tryptophan can be found in cheese, chicken, eggs, fish, milk, nuts, peanut butter, pumpkin and sesame seeds … no wonder our traditional Thanksgiving meal makes us feel so relaxed and mellow!

Tryptophan, the smallest of the amino acids, is used by the brain to make melatonin. When you eat turkey this Thanksgiving, tryptophan will synthesize into melatonin and be secreted into your bloodstream. Melatonin has been proven to be a potent sleep promoting and circadian phase regulatory agent. Some studies show that daytime administration of melatonin is able to exhibit a shift in your circadian rhythms such as sleep timing and physiological functions.

So, yes, there is some evidence out there that tryptophan may help with insomnia, which is why you feel tired after you have eaten all that turkey! But before you begin to start supplementing tryptophan to help you sleep, know this: there is about the same amount of tryptophan in other foods such as eggs, cod, chicken, and even cheddar cheese. Sesame seed actually has more tryptophan than turkey does. Tryptophan, in theory, can make you sleepy; however this isn’t the whole truth about your post-turkey lethargy. Some of your drowsiness can be related to the large amounts of carbohydrates being consumed such as the bread, stuffing, potatoes, pumpkin pie and that decadent green bean casserole.

The body also uses tryptophan to produce serotonin, which calms the amygdala, hippocampus and hypothalamus; abnormal neuronal activity in these brain structures has been linked with anxiety and depression. Since this critical information has been discovered about our brain chemistry, there have been many uses for serotonin type agents.

Antidepressant
Tryptophan is a precursor to serotonin, a hormone contributing to the feelings of well-being; people with low levels of serotonin are prone to depression. A study reported in the November 1982, “Psychological Medicine,” investigated whether tryptophan could act as an antidepressant. The study involved 150 patients and lasted 12 weeks. It was found that tryptophan significantly improved depression and was not associated with side effects.

Antidepressant Drug Enhancer
Not only is L-tryptophan effective as a stand-alone antidepressant, it also enhances the effect of other anti-depressant drugs. A study reported in the September 2000 “Journal of Psychiatry and Neuroscience” documented that when two to five grams of tryptophan daily were given with fluoxetine to patients with major depressive disorders, there was more improvement in patients taking the two than in those taking fluoxetine only after the first week.

The Benefits of Exercise on Tryptophan Production

We now know that during exercise, tryptophan is released into the blood from a protein carrier called albumin. While the larger amino acids are getting shunted off to hardworking muscle tissue, the brain’s molecular door is wide open for tryptophan. The tryptophan floods in, converts to serotonin and – voila! – the exercise relaxes us and contributes to an upbeat frame of mind. Exercise also releases endorphins, which are naturally occurring substances that mimic opiates. This amplifies our feelings of relaxed well being.

Observations seem to suggest that low-impact exercise may be particularly suitable to enhance central tryptophan uptake or serotonin synthesis. Various studies, however, indicate that intense exercise is more likely to increase serotonin production (Cuperuto etal. 2009). Therefore, a compromise would be high-intensity exercise, with the bulk of the body’s energy needs still being supplied by fat metabolism

If tryptophan is ingested 30 minutes prior to the start of exercise, high blood concentrations of free tryptophan will be achieved early on. It takes approximately 30 minutes until tryptophan becomes systemically available, so if you can exercise for at least 30 minutes, you will start to feel the benefits of your brain drinking in the serotonin that gets produced. After exercise, the concentration of fatty acids stays elevated for at least one hour, so your next meal should be postponed for some time in order to maintain optimal conditions for tryptophan uptake in the brain. The end result is that prolonged endurance exercise results in increased uptake of tryptophan into the CNS, provided no carbohydrates are consumed during exercise (Blomstrand et al. 2005).

So, my best advice for this season of indulgence, is to enjoy that Thanksgiving meal, then maximize those tryptophan benefits with an hour-long brisk walk or by enjoying an extra long session using your Total Gym while you watch football. You will be recharged, happy and calm – and ready to move on to the end of the year grand finale!

So, until next time, stay strong, active and healthy!

Was this article helpful to you? Let us know in the comments!

Get Maximum Distance Off the Tee with Total Gym

Long Distance Running: How to Get Through “the Wall”

The Ultimate Guide to Working Out While Traveling