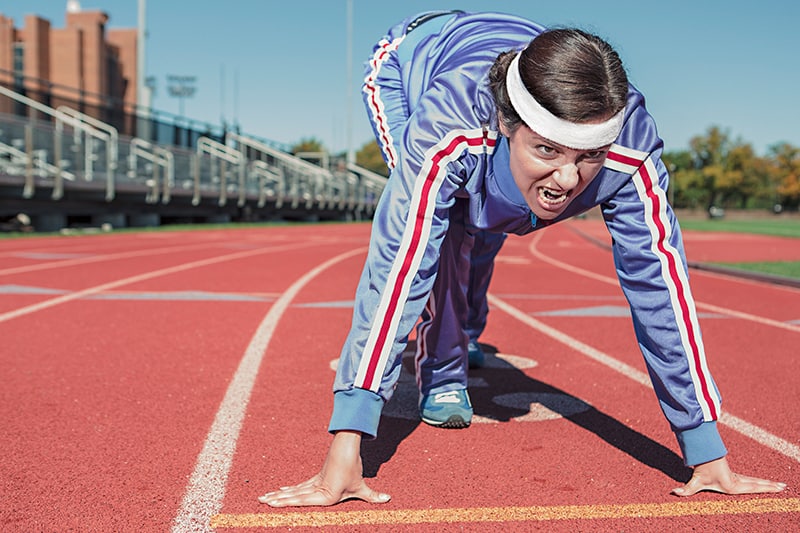 Over my 15-year fitness career, my axiom has always been that people should not take my cardio classes without eating beforehand. The rationale for my training is that the body needs the energy source of carbs to for an effective workout that will allow one to get their heart rate to a necessary fat burning zone. Not having enough fuel for your body means, that you won’t get the most out of your workout.

Several months ago a friend lamented about the lack of weight loss to her trainer, he responded that she run on the treadmill in the morning before eating. It sounded like a way to shock the body short-term, but not a long-term solution. This response goes against my intuitive logic so I’ve decided to research this practice known as “fasted cardio.”

This fat burning routine historically has been the secret of body builders looking to maximize leanness. The science or definition of fasted cardio is that performing cardio exercises on an empty stomach forces the body to break down stored fats in order to fuel the work out. In this situation, your insulin level is low and will not interfere with lipolysis (fat burning process), thus allowing you to access and burn more stored body fat for fuel.

When we eat food, it gets broken down into various molecules that our cells can use, and these molecules are released into the blood. Insulin is released as well, and its job is to shuttle these molecules into cells. Depending on how much food you eat in a meal, your insulin levels can remain elevated for several hours (anywhere from 3 – 6+).

When the body is digesting and absorbing what we’ve eaten, it is in a “fed” or “postprandial” state (prandial means “having to do with a meal”), raising insulin levels. Once it has finished processing and absorbing the nutrients, insulin levels drop to a “minimum” low (or “baseline” level), and the body enters a “fasted” or “post-absorptive” state. Every day our body moves between “fed” and “fasted” (or “postprandial” and “post absorptive”) states.

Higher insulin levels means the body will use less fat for energy (both body fat and dietary fat). Consequently, when we eat food the body basically shuts down its fat-burning mechanisms and lives off the energy provided by the meal, and it also stores a portion of the excess energy as body fat for later use. As your body processes and absorbs the food, insulin levels decline, which tells the body to start going to fat for energy as the “fuel” from the meal is running out. Finally, when the absorption is complete, your body is fully running off its own fat stores for energy, which means fasted cardio if we are exercising in this state.

A recent study from the UK published in the “British Journal of Nutrition” did find that when subjects were fasted during morning cardio they burned 20 percent more fat than when they had a meal beforehand. However this loss was during exercise not during the critical post exercise stage when metabolism gains are most important.

Overall most studies bear out that there is no significant fat loss or weight loss from the fasted cardio practice. In a controlled study for the Journal of the International Society of Sports Medicine (http://www.ncbi.nlm.nih.gov/pubmed/25429252), twenty young females, all healthy and with recent aerobic training experience (but not resistance training) were divided into two groups. All participants were prescribed the same calorie-restricted diet along with the same steady-state cardio routine. The only variable was that one group (FED) would be given a shake before performing cardio, while the other (FASTED) would wait to consume the shake post-workout. The study showed that everyone lost fat primarily because of supervised dietary restriction and mandatory exercise. Another study confirmed that although fasted runs may help adapt the body to more efficiently burn fat as fuel, they didn’t help athletes lose weight or improve their aerobic conditioning or endurance.

Then there is the study that suggests that ingesting carbs before working out increases the post-exercise “afterburn” effect more than the fasted state. That means more calories burned throughout the day, not just during your sweat session

Many trainers believe, as I do, that if you don’t eat (before exercising), you’re not going to have the energy to train at full capacity and will more quickly hit an energy wall. In fact, research has shown that making a habit of hitting the weights without fuel can lead to the breakdown of muscle. The return on investment (for proper fueling) will make it back to you in how you feel during your workout and over the long-term.

Exercise physiologist, Dr. John Stoppani (http://www.bodybuilding.com/fun/is-fasted-cardio-the-best-for-burning-fat.html) has found that “over the years, once people drop the majority of their total body fat, fasted cardio seems to work well on resistant or stubborn areas. Although there’s no direct data to reference, it might be that when a person only has a small amount of fat lingering in hard-to-attack areas, exercising in a fasted state could spark those resistant fat cells to release stored fat so it can be burned for fuel.” So, there may be a benefit to fasted cardio in extreme cases.

The final analysis is that fasted cardio is a personal choice with no apparent up or downside. Different people work out best under different circumstances, and deciding whether someone should eat before training can be like telling them what time of day to work out or which diet they should follow—it largely depends on what works best for the individual. Feel free to exercise on an empty stomach if that is your preference, but keep in mind that one will not lose more fat or weight by doing so compared to someone who consumes a banana or a small bowl of granola before working out.

Benita Perkins – is a widely acclaimed health and wellness branding expert focusing on the fitness needs of women and the special demands they must overcome to step into a lifetime of healthy living through fun, interactive lifestyle events. Her company, Bennie Girl Health & Wellness Branding & Events, works with businesses and organizations to associate their brands and products with a healthy lifestyle, by identifying opportune events to participate in and activities that will best define and communicate the organization’s mission.

What to Eat Now? Some of the Best Food for the Fall Season.

Hip Replacement Preparation and Rehab on the Total Gym

Get Moving to Help Manage Stress

The Best Summer Fruits and Vegetables to Buy Now